A number of users have commented that the X-Plane 930 betas looks “shinier” than before. There are actually two separate features going on :

Here we have the default 747, as of 922. It’s a little bit tricky to tell what’s going on because the texture has been painted to look like there are lighting effects. But the white “specular hilights” on the engine nacelles are due to the sun position. Lighting is per-vertex and specular hilights are not separate. 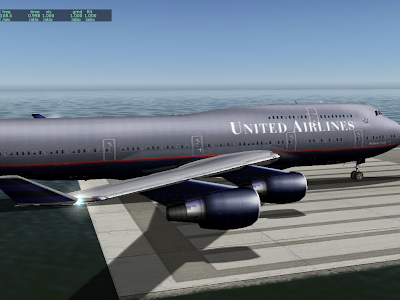 Next we have the same plane in 930 without shaders: 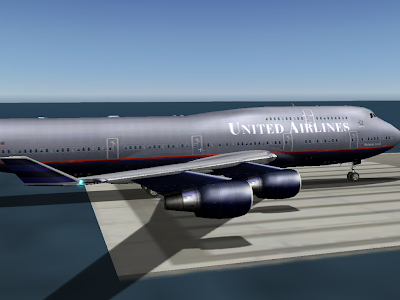 Note the increased brightness on the nacelles and fuselage. What’s happening is the hilights are no longer modulated by the texture, so they show up a bit more. 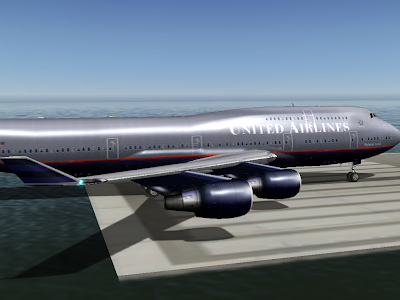 I am not sure how we will ship the final version of 930. I have received very few (none, to be exact) complaints about dark surfaces appearing “too shiny”, and a lot of users like the new shiny look.

The alternative to the current scheme (specular hilights are separate by default) is to have this be a selectable feature. Older planes would look the same as they always did, but planes would have to be modified to make them look truly shiny.