Order Independent Transparency – What It Fixes

Yesterday I blogged about Order Independent Transparency (OIT). That robot is very shiny, but what does this fix in X-Plane itself? Here are two pictures that show the problem in an X-Plane context. 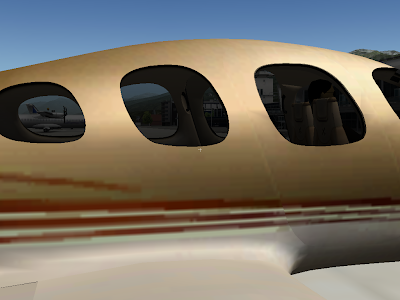 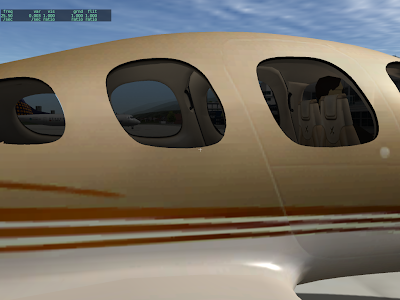 This is the same shot from X-Plane 940, where the problem has been corrected.

The bug you see here is incorrect draw order. In X-Plane 922, the right door (which contains the right-most near window) is drawn before the left door – hence its translucent part destroys the door.
Max fixed this by changing the draw order of the model – the new cirrus draws the inside view of both doors before the outside view of either doors; because the geometry is one-sided he can draw the ‘inside’ first and outside ‘second’.
These two blog posts explain translucency in a lot more detail.
What X-Plane has now is “order dependent” transparency – if translucent surfaces are not drawn from far to near, you get artifacts like the missing door.
What OIT promises (and that robot demonstrates) is the ability to have translucent geometry and not have the objects behind the translucent parts disappear.

3 comments on “Order Independent Transparency – What It Fixes”