X-Plane 9 is here for Android

It shipped! X-Plane Mobile is now available for Android phones – look in the Android market under “X-Plane 9”.

Edit: Chris sent me this QR Code – scan it to go to the store listing. 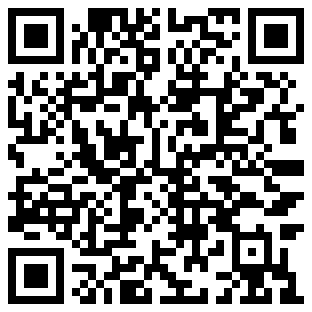 Edit: if you either cannot see X-Plane in the Android market or you cannot download it, please first look here for trouble-shooting tips, then contact customer support (info at x-plane dot com). Please do not use the comments section of this blog for customer support; if you need help we will need to contact you one-to-one.

Chris, the third and most recent addition to the X-Plane programming team, began a port of X-Plane Mobile to Android a while ago; this was the second port of X-Plane Mobile after our port to Palm WebOS. He was able to accomplish most of the port fairly quickly; hence the video floating around the web of X-Plane on a Nexus One back in May.

Unfortunately we ran into some issues that stopped ship; it looks like Google may have them fixed shortly, hence our hope of finally shipping the app. So while Chris has spent a little bit of time recently working on the last few Android issues, our hope is to release a product that we already put development time into a while ago.

Yes, the iPad is Magical

So all kidding aside, my iPad arrived today, and it is a pretty cool device. My normal attitude toward new gadgets is “great, more video driver bugs to fix”, but the iPad is exciting.

I’ll blog some other time about why I think the form factor is important and there is a spot for something bigger than a smart phone and smaller than a laptop.

For now I just want to point out that it flies X-Plane; X-Plane for iPad a bunch of new features, including 2-d panels while you fly, 3-d airports with full taxiway layouts, a completely rebuilt user interface, improved sky and water effects, and even some auto-gen buildings.

Also first impressions of the device itself: it’s really responsive. I have tried to surf the web with my iPod touch (which is based on first-gen iPhone technology) and it’s a tough experience – between the small screen, slow CPU and limited RAM. The iPad surfs the web like a desktop. A very light weight, portable desktop.

It goes without saying that this post was, um, inaccurate.

This, however, is real.

X-Plane on the Pre

Palm announced 3-d gaming for the Palm Pre! Some big names there…Need for Speed, Monopoly, the Sims 3, X-Plane — hey!! Laminar Research?!?! Who let those hacks in!??

I have the original Palm Pre (not the newly announced Palm Pre Plus) and flight is quite smooth! Thanks to the Palm team for letting us in on the roll-out.

The X-Desktop and iPhone Are Not Zero-Sum Games

On the menu this morning: first a whiny rant, then a nerdy one.

Someone pointed me at this post. Before I go into my geeky diatribe about leveraging code, a quick note: it is true that at this point Austin is working heavily on the iPhone – probably more on the iPhone than the desktop. It is also true (but not mentioned) that Laminar is investing more man power into X-Plane for the desktop now than it ever has in the past. (With the iPhone we’ve grown our workload with a second “front” for products, but we’ve increased staffing a little bit too.)

It is also true that X-Plane 9 free updates have been less frequent. This doesn’t mean there’s less code going into them – it just means that we’re doing 4-5 months of coding and 3 months of beta instead of 2 months of codindg and 1 month of beta. I’m not sure if this is better or why it is happening (each release has to be individually planned for the circumstances) but one observation:

Given how many video cards and drivers are out there and how they react differently to the X-Plane code, I wouldn’t want a beta process less than 2-3 months, because I want to know that it’s had time to run on a wide variety of hardware. If our beta has to be at least 2-3 months, then a 3-month release cycle would have us in beta all the time!

My whiny rant (the short version) is this: Laminar Research isn’t in a position (as a company selling a product) to post all of the details of how our business operates internally. So posts that say “Laminar should do X” (where X is a business decision) drive me a bit nuts, because I can’t post a reasonable reply.

Here is one example: when beta 8 comes out, Plane-Maker’s “export to object” will a much more complete OBJ, in OBJ8 format, with animations already in place for things like wing controls surfaces!

That’s a feature that people have been asking about for a while – both to make CSL objects* and as a way to save time when moving from a Plane-Maker drawn plane toa custom one. (You would first export an animated OBJ8, then start adding details in a 3-d modeling program. With beta 8, you won’t have to rebuild your control surfaces from scratch.)

* I do not remember whether the current compiled versions of libXplaneMP use OBJ7 or OBJ8 objects. Since libXplaneMP uses the OBJ code from XPTools, it should be (relatively) straight forward to update libXplaneMP and the clients that use it to use OBJ8 directly. In the meantime, you can use ObjConverter to convert an exported OBJ8 back to OBJ7 for CSL use.

The New iPhone Apps Are Here

All three apps (the general aviation version has a free update) have a fix in the DSF lower that should help avoid crashes.

Basically while X-Plane used to run under memory limits for the phone, it would temporarily go quite a bit over memory the limit during the DSF load, as the DSF loader would use some temporary memory. The new code very carefully purges temporary memory as it runs, and thus never exceeds its final memory footprint. Before 9.04 there was always a risk that your phone was in a tight memory situation to begin with, such that X-Plane going “over budget” would cause the OS to kill it off. (Rebooting the phone apparently purges memory or something.)

So…this is a long-winded way of saying: if you update X-Plane iPhone to 9.04 and still have the app quit at launch (or right after launch), please send us a crash report!